A short stroll through the lush woods of Hadleigh Park high above the Thames-side marshes, climbing to the spectacular ruins of Hadleigh Castle, before a wander through the lovely fishing village of Old Leigh and along the promenade to Chalkwell. 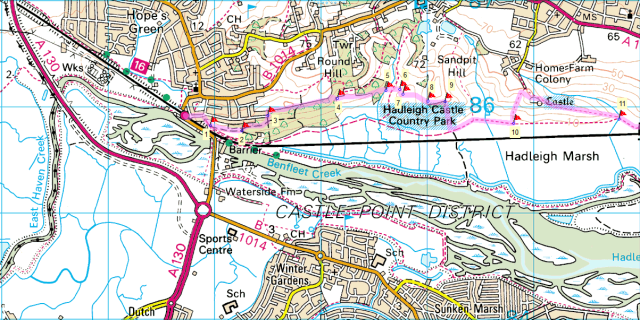 Climbing out of Benfleet

The Country Park covers an area of downland, woodland, meadows and creekside of significant importance scientifically, and as habitats, including for over-wintering birds, rare invertebrates and butterflies. The country park was established by local authorities in the 1970s, to protect the area from threats including a golf course and a huge housing development planned on land owned by the Salvation Army. In the early 1990s, the Park was again threatened by a scheme – which seems astonishing today – for an elevated road to cross from Canvey Island across the marshes to a roundabout below the castle. The proposal was rejected in 1991.

Benfleet Creek from the Downs

Canvey Island consists of seven square miles of saucer-flat alluvial deposits, and is now home to over 37,000 people and a large petro-chemical works, never seperated from the mainland by more than a few metres of tidal creeks. Despite this, it was not linked by bridge until 1931 – the bridge you see below replaced the original bridge in the 1970s – allowing the island to develop. Most traffic now crosses via a second bridge, visible to the west. The flat island was one of the areas worst hit by the North Sea flood of 1953, which killed 58 people on the island. 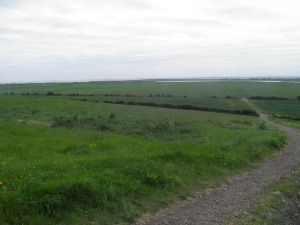 It is easy to see the strategic value of Hadleigh Castle from the huge panorama of the Thames Estuary that it commands from its ridge-top site. When a castle was first built here – by Hubert de Burgh, Earl of Kent in

1215 – the Thames would have lapped at the bottom of the hill on which it stands. When de Burgh fell out of favour in 1239, the castle became royal property, but little attention was paid to it until the threat from France in the first half of the 14th century convinced Edward III to significantly expand and modernise the castle as part of a defensive network for London. The castle formed part of the dowry of three of Henry VIII’s wives, but by the mid-16th century the castle was falling into disrepair and the estate was broken up. The castle is built on an unstable ridge of London clay, and slippages have frequently taken more of the remains of the castle with them. Today, parts of two towers and the curtain wall remain.

Old Leigh is the historic centre of Leigh-on-Sea, though the vast bulk of the town is now 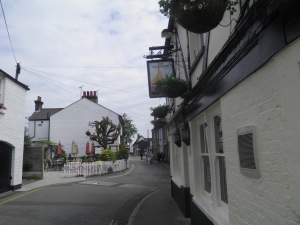 situated on the hills above, separated from Old Leigh by the London-Southend railway line, built in 1854. Leigh originally grew up as a major port for London, rising to a peak of prosperity in the 16th century. However, as ships became larger, Leigh could not cope and its main channel was allowed to silt up, meaning that from the 18th century it reverted to a fishing village, supplying the London markets, being particularly noted for cockles.

HMS Wilton was built in 1970s as a prototype minesweeper, and had the distinction of being the first warship in the world to be built of glass-reinforced plastic, earning her the nickname ‘HMS Tupperware’. 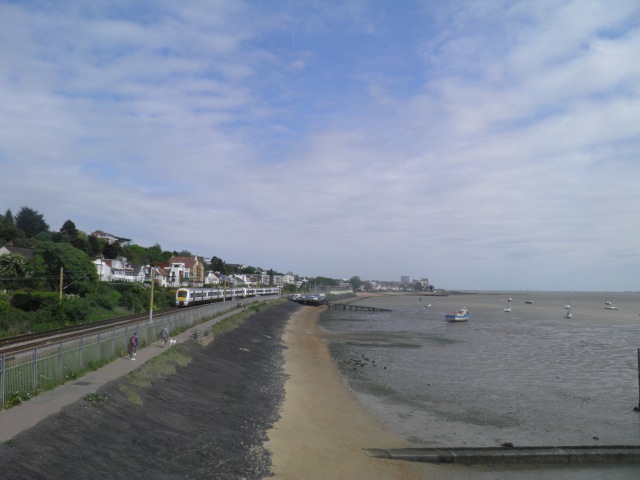