Ivinghoe Beacon and the Grand Union

A walk of contrasts, starting with a gentle stroll along the often idyllic Grand Union Canal, before ascending to the dramatic grassy heights of Ivinghoe Beacon, at the end of the Ridgeway. There then follows a woodland walk through Ashridge Park to the artificial viewpoint of the Bridgewater Monument. 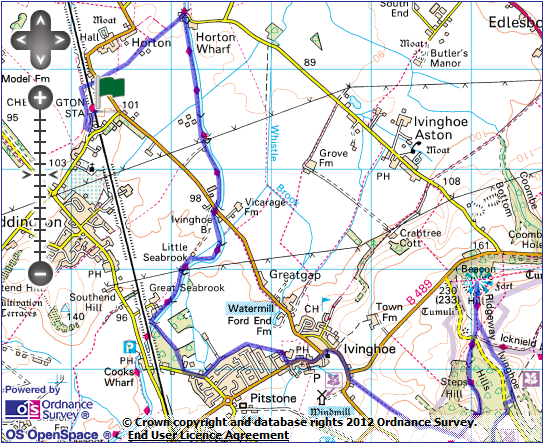 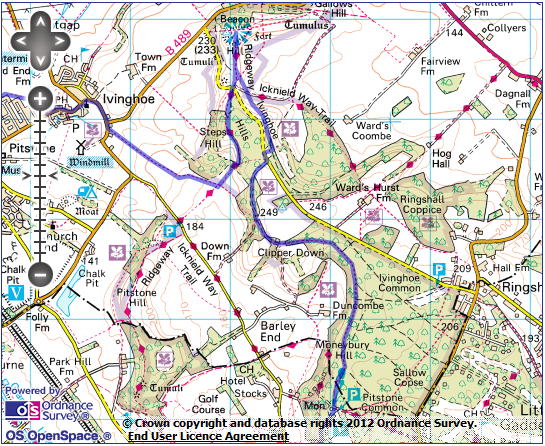 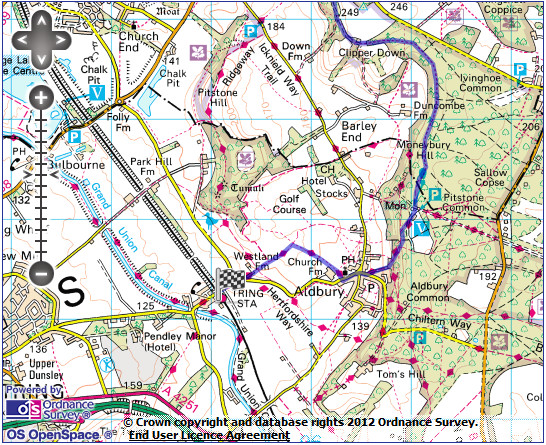 Cheddington station feels like a rather lonely outpost to alight at, the platforms giving 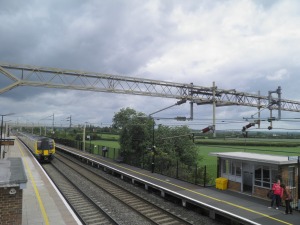 straight out onto a huge plain of flat arable fields, the village it serves a good half mile away, and an endless stream of express trains racing through at full speed. Until 1953, it had a little more life as a junction for a rather minor branch line to Aylesbury High Street. Given the isolation of the area, it is perhaps not surprising that it was a spot a couple of miles north of here that a gang led by Bruce Reynolds chose to stop the Glasgow-Euston postal train on 8 August 1963, in what was to become know as the Great Train Robbery.

This is part of the Grand Union Main Line, a 137-mile amalgamation of waterways that links London with Birmingham, married together in the 1920s, demonstrating the importance that it retained as a commercial route well into the railway age. This is a broad canal, designed to take larger boats, as the size of the locks and bridges testifies.

The Whipsnade lion, showing the position of the Zoological Society of London’s 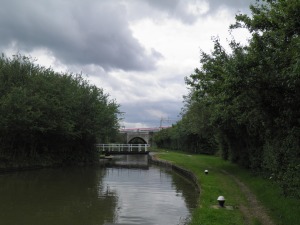 Bedfordshire outpost. The lion, almost 150m long, was cut in 1933, before being covered over temporarily during World War 2. It is home to a colony of wallabies, though you’ll be lucky to pick them out from here!

Ivinghoe has a long history, thanks to its position on the Icknield Way, the ancient east-west trackway along the chalk spine of hills, as the range of styles and ages of buildings makes clear. The village is clustered round a ‘lawn’ rather than a ‘green’, and its ‘town hall’ would be better titled a village hall, but given the building still contains a library, post office, village shop and council meeting room, why quibble? The village church, in a rather compact crucifix-shape, dates from the 13th century.
Believed to have been built in 1627, Pitstone windmill is probably the oldest surviving windmill in the British Isles. A so-called ‘post mill’, the wooden superstructure rests on a single post, allowing it to be turned to face the wind. After 300 years of grinding Pitstone and Ivinghoe’s corn, the mill was damaged beyond economic repair by a freak gale in 1902, leading to its donation to the National Trust in 1937. Eventually, in 1970, it was restored to once again grind corn.
The name of Ivinghoe Beacon, a prominent 233m high hill towering above the plains to 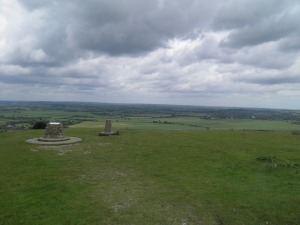 the north, references its history as a signal point – archaeological finds suggest it was the site of an Iron Age hill fort around 800BC. Reflecting its heritage, the Beacon is the trailhead of two long-distance walks based on ancient trackways: the Ridgeway runs west to Avebury, and the Icknield Way runs east to Kenttishall Heath in Suffolk.

You have been walking through the Ashridge Estate, now National Trust owned, but 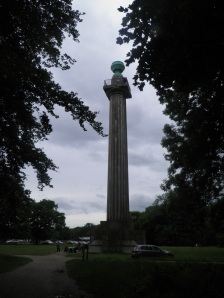 originally the seat of the Egerton family, whose most famous member was perhaps Francis Egerton, the 3rd Duke of Bridgewater, who is known as the ‘father of inland navigation’. In 1761, Bridgewater opened his eponymous canal, carrying coal from his mines in Worsley to Manchester, and generally considered to be the first canal in the modern world. His mines and canals made Bridgewater the richest noble in Britain, much of which he spent on rebuilding Ashridge House, now a business college. The 108m tall monument, in the form of a Doric column, was built in 1832, nearly 30 years after Bridgewater’s death – it can be climbed for a small fee via the 170 spiral steps. From the top, there are fantastic views across the Ashridge Estate and well beyond, with the arch of Wembley stadium and the Shard often visible.